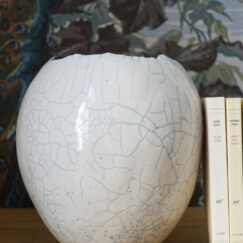 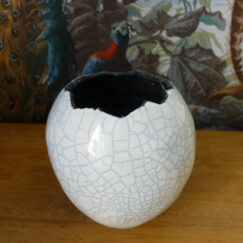 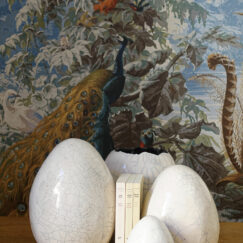 “Boiled egg” is a ceramic work by the contemporary artist Bennie.

Raku is a ceramic firing technique developed in 16th century Japan. The meaning of the ideogram for raku-yaki emphasises the serendipity of the firing process. The glazed sculptures were fired at 950 degrees, and the thermal shock produced the cracks in a completely random way. The object is then smoked, which blackens and enhances these accidents.

“Boiled egg” is a soft and reassuring piece like a promise. The symbolism of the egg is numerous and artists have used it throughout the ages: from the original egg of primitive Greece to the Easter egg of faith in the resurrection. It appears in the creation myths of many peoples. Its formal perfection, harmonious and symmetrical, makes it an object of spiritual reflection and a perfect model for artists.

Shaped by the hands of the artist Bennie, “Boiled egg”, with its interior blackened by the smoke, offers a beautiful contrast of colours. An imposing piece that will nicely decorate a piece of furniture.

The “Boiled egg”, to be given as a gift or as a present, will bring a touch of softness to your home.

It will also form a nice set with “Small egg” or “Large egg“. 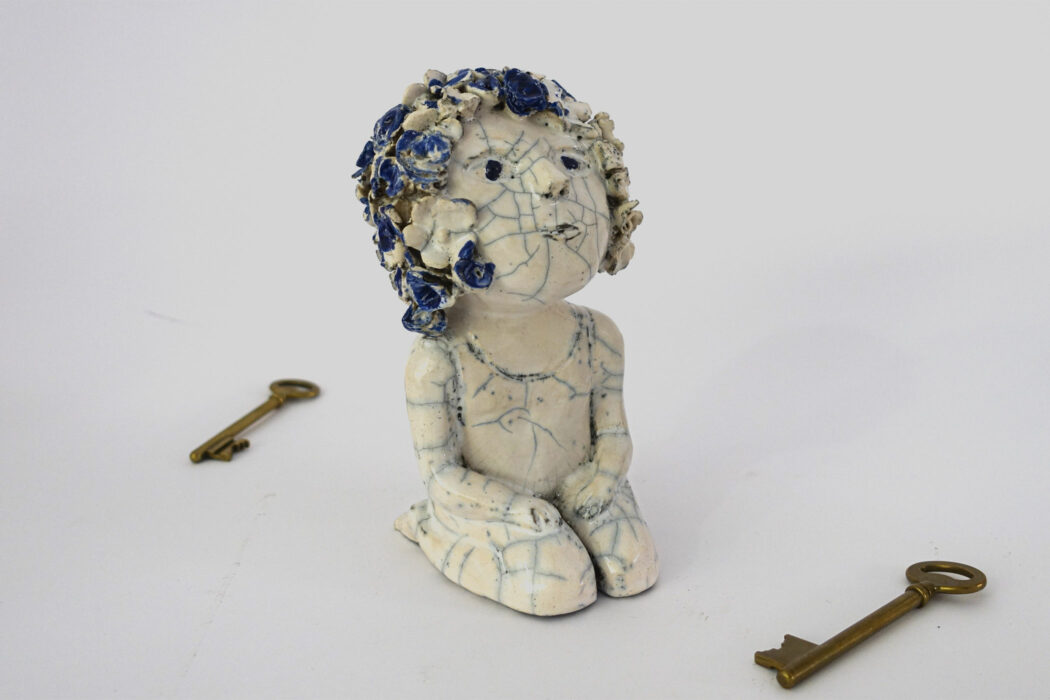 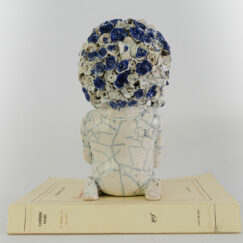 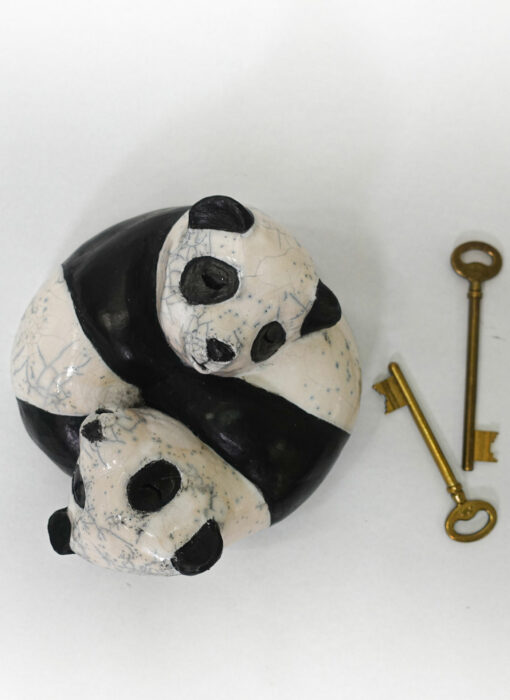 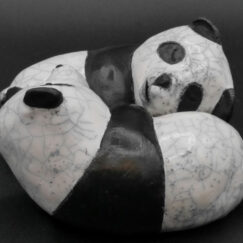 Embracing pandas “The two of us”

"Embracing pandas " The two of us"", such a lovely couple. 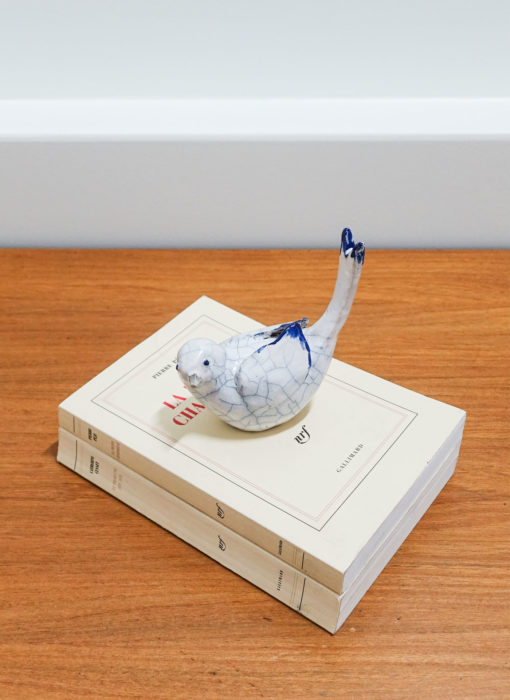 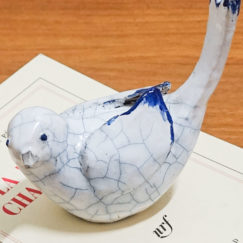 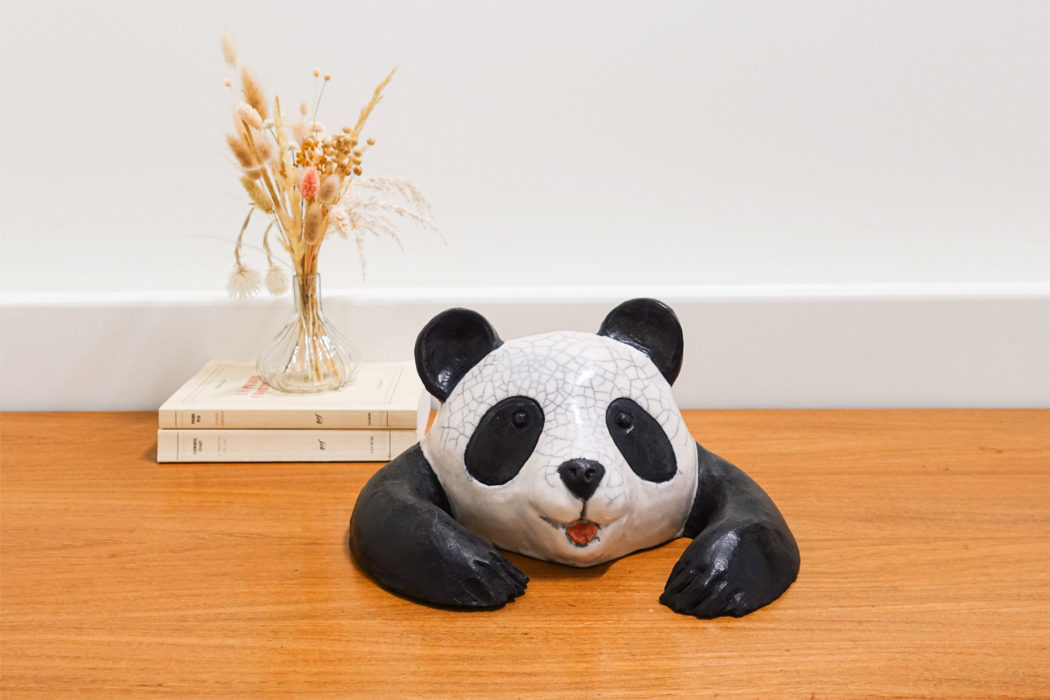 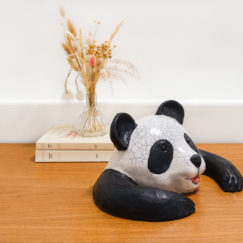 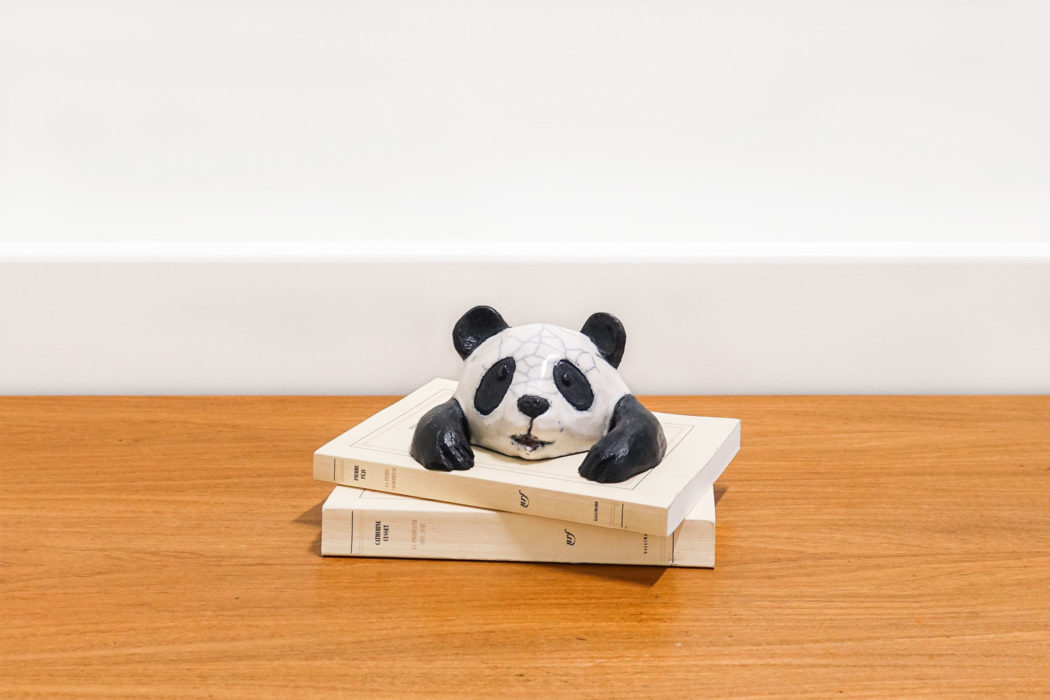 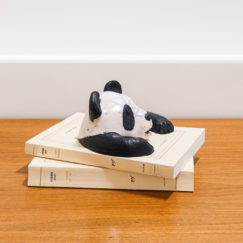 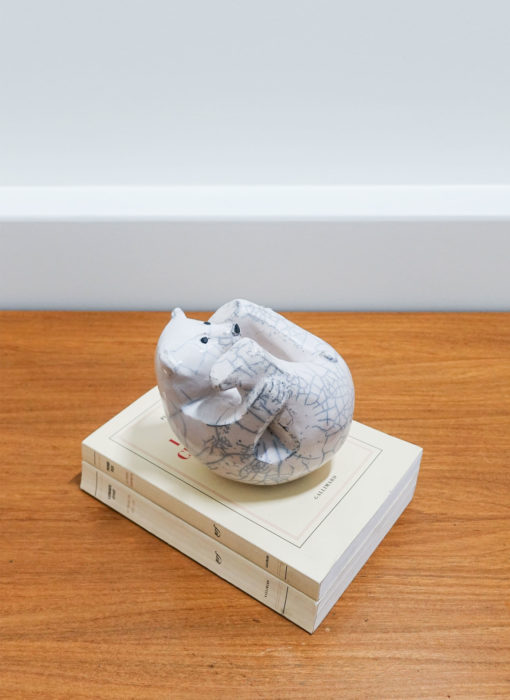 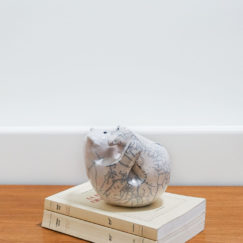 Bear On Its Back

"Bear On The Back", a cute sculpture.

Bennie
450.00€
Ajouter à la liste d’envies
+
Quick View
See all works Art objects
See all the artist's works
Pop Street art
Voir les oeuvres
Peinture
Voir les oeuvres
Photographie
Voir les oeuvres
Oeuvres sur papier
Voir les oeuvres
This site uses cookies to ensure its proper functioning and cannot be disabled from our systems. We only use them for the use of our services. Your data is not used for advertising purposes. If these cookies are blocked, some parts of the site may not function properly.
Accept allReject all PersonalizeFind out more
Cookies