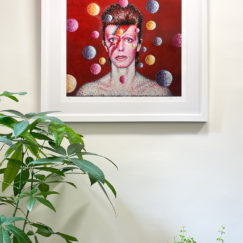 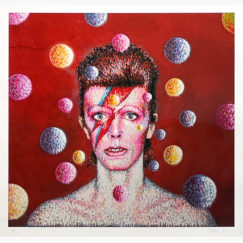 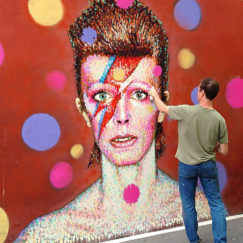 For a David Bowie fan…

The mural was painted by the Australian street artist in Brixton, the South London neighbourhood where Bowie was born. It was inspired by the cover of his 6th album, Alladin Sane, released in 1973. Bowie played the character of Ziggy Stardust, an androgynous alien with red hair and tight clothes. The album cover is a photograph by Brian Duffy. Over time, this has become one of David Bowie’s most recognisable images. It is a full-length portrait of the singer, seen from the front. He is shirtless, eyes closed, with the flamboyant hairstyle of Ziggy Stardust. A red and blue lightning bolt zips up and down the right side of his face. The make-up is the work of Pierre Laroche.

James Cochran chose to present the character with his eyes open, so alive! This silkscreen shows his clearly identifiable style. As the urban artist C215 calls him, he is the master of pointillism in graffiti. He practices drip painting, which consists of superimposing several colours of the same spectrum in the form of drops of paint.

When the star died in 2016, this street art fresco became a gathering place for fans. They come to mourn their idol, leave flowers and write messages on the wall. Since then, James Cochran has been asked to restore and protect the wall. The site remains a true memorial for fans from all over the world.

We have chosen to frame this last copy of the “David Bowie – mural” screen print in a sober and elegant way. 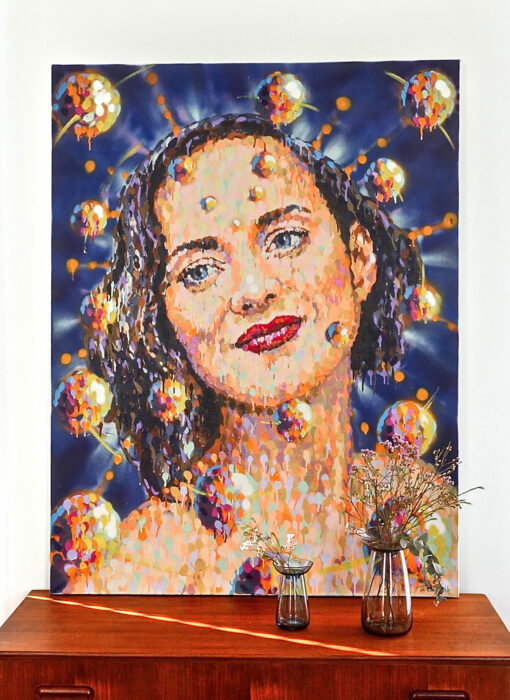 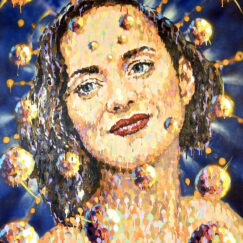 A Marion Cotillard who radiates beauty. 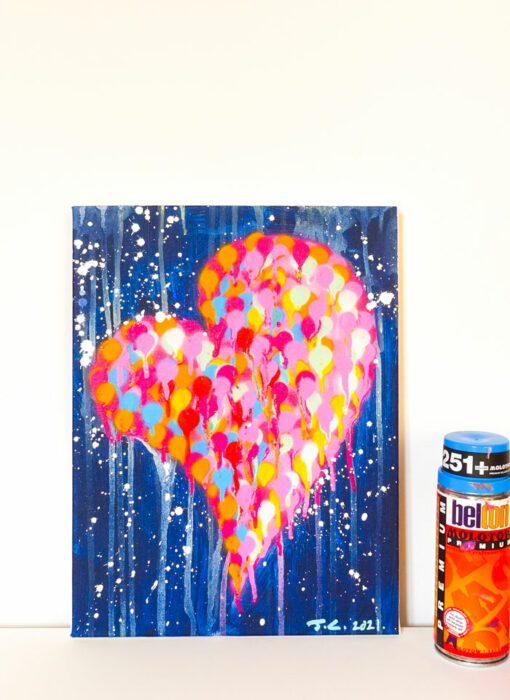 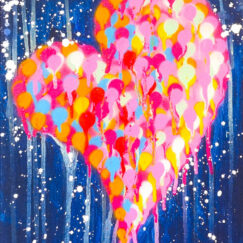 "Effervescent Heart - uk", when the heart becomes Art ! Jimmy C sowed everywhere on the walls of the cities his Street (He)art, you could well meet one one day... 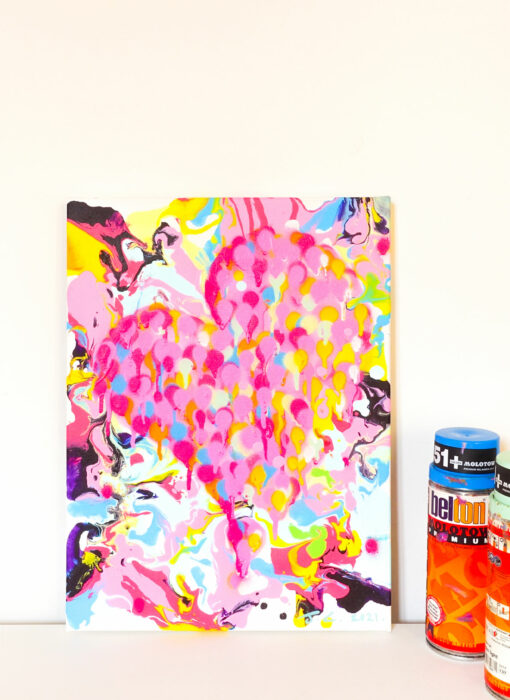 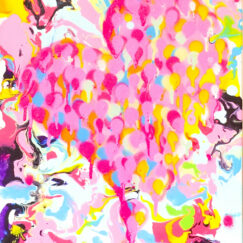 "Psychedelic Heart - uk", when the heart becomes Art ! Jimmy C sowed everywhere on the walls of the cities his Street (He)art, you could well meet one one day... 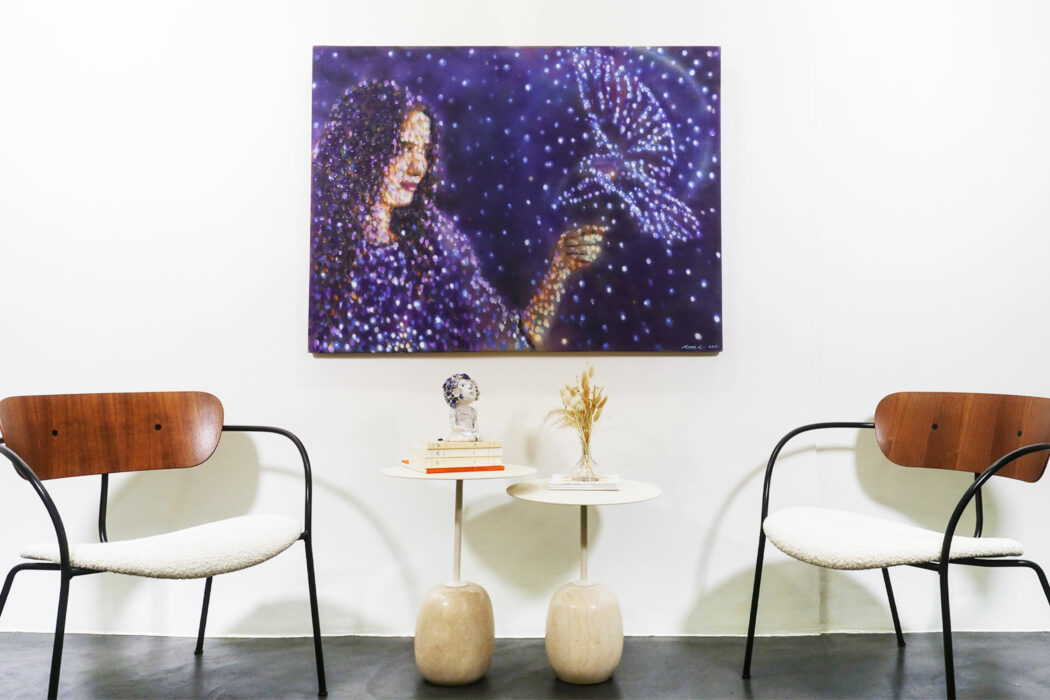 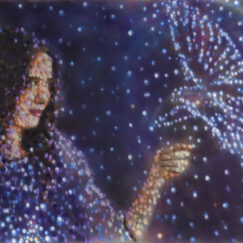 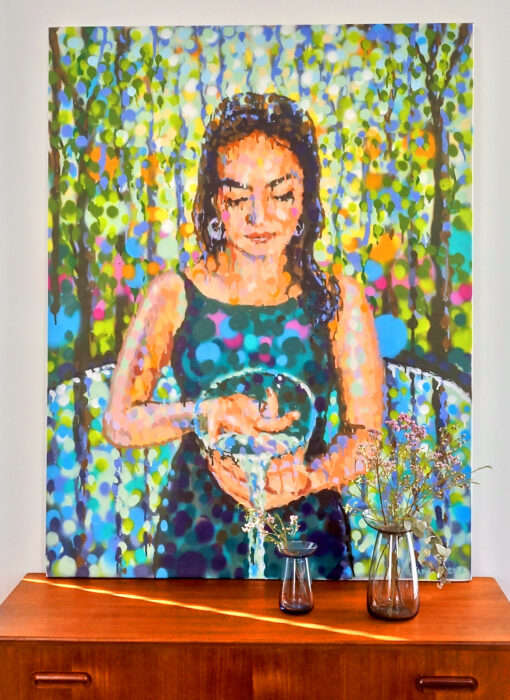 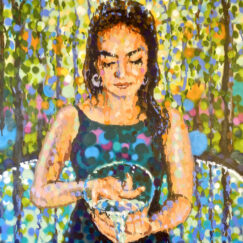 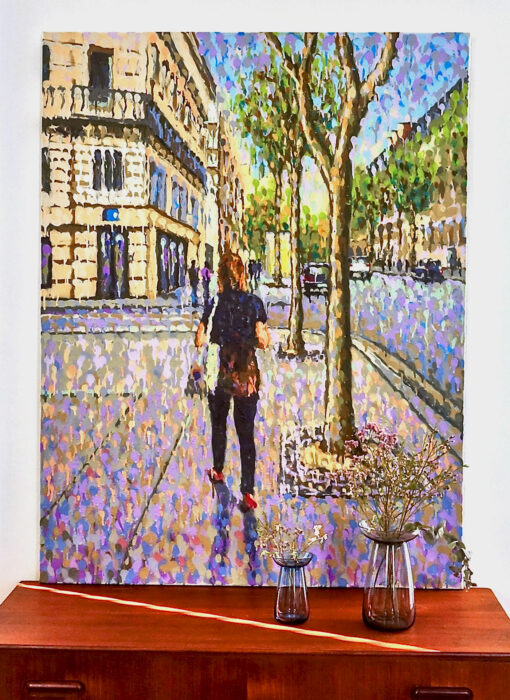 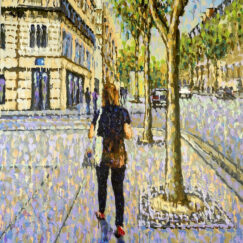 James Cochran aka Jimmy C
3,200.00€
Ajouter à la liste d’envies
+
Quick View
See all works Pop Art and Street Art
See all the artist's works
Painting
See the artworks
Photography
See the artworks
Works on paper
See the artworks
Art objects
See the artworks
This site uses cookies to ensure its proper functioning and cannot be disabled from our systems. We only use them for the use of our services. Your data is not used for advertising purposes. If these cookies are blocked, some parts of the site may not function properly.
Accept allReject all PersonalizeFind out more
Cookies