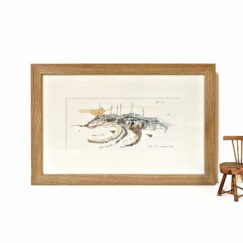 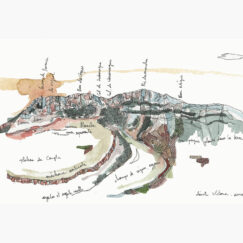 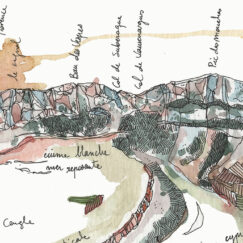 “Sainte-Victoire “Summer””, is a contemporary drawing by Amandine Maria, artist and cartographer.

It is part of a series of Sainte-Victoire mountains, which was the central motif of more than 80 paintings by Paul Cézanne. It was he who made it a character in his own right, a muse, a veritable obsession. In his letters to friends, he frequently evoked his relationship with this mountain, which became mythical thanks to him. All his life as an artist he tried to capture it in its complexities and its very essence, painting after painting. Since then, the Montagne Sainte-Victoire has never ceased to inspire artists.

In this series around the Sainte-Victoire mountain, the painter approaches the motif with a different vision. She takes from the cartographic tradition the outline of a mountain range and indicates the names of the peaks and major sites. Amandine Maria adds textual comments that make the drawing more dynamic. Above all, she paints a multitude of details: beeches, oaks, olive trees or pines. But also waterways, fields, tongues of earth, buildings, pieces of sky.

In “Sainte-Victoire “Summer”” the marriage of drawing, painting and writing, the association of ink and watercolour, results in a little jewel of a painting that we have chosen to present in an oak rod. 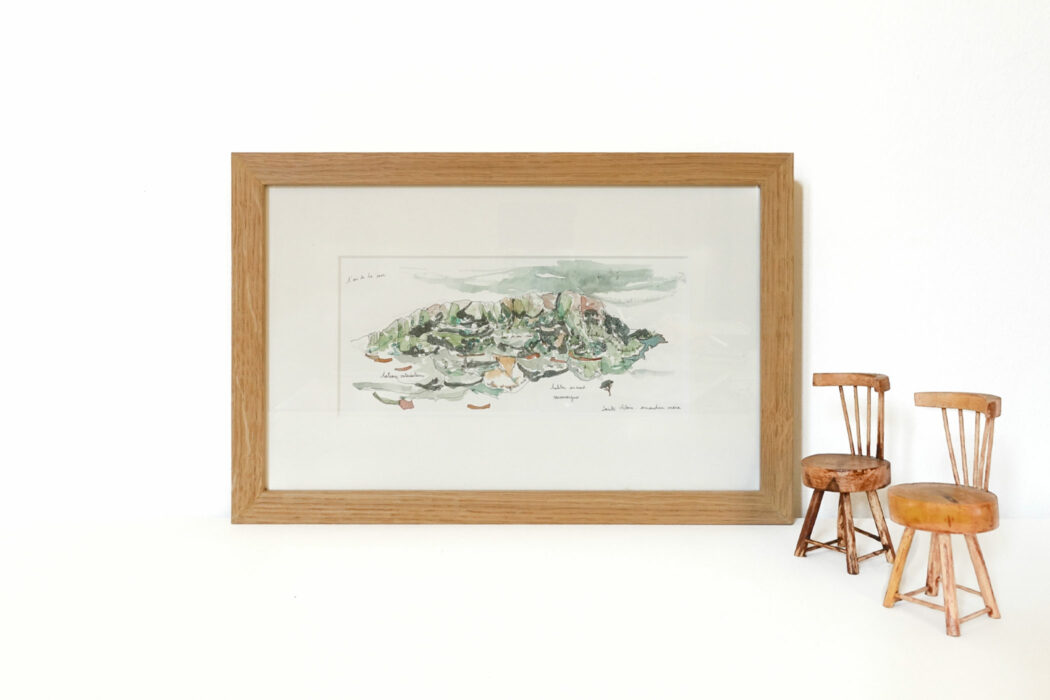 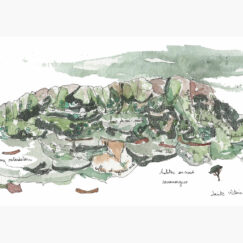 Sainte-Victoire “Living in the North”

The mythical Sainte Victoire mountain, so dear to Paul Cézanne. 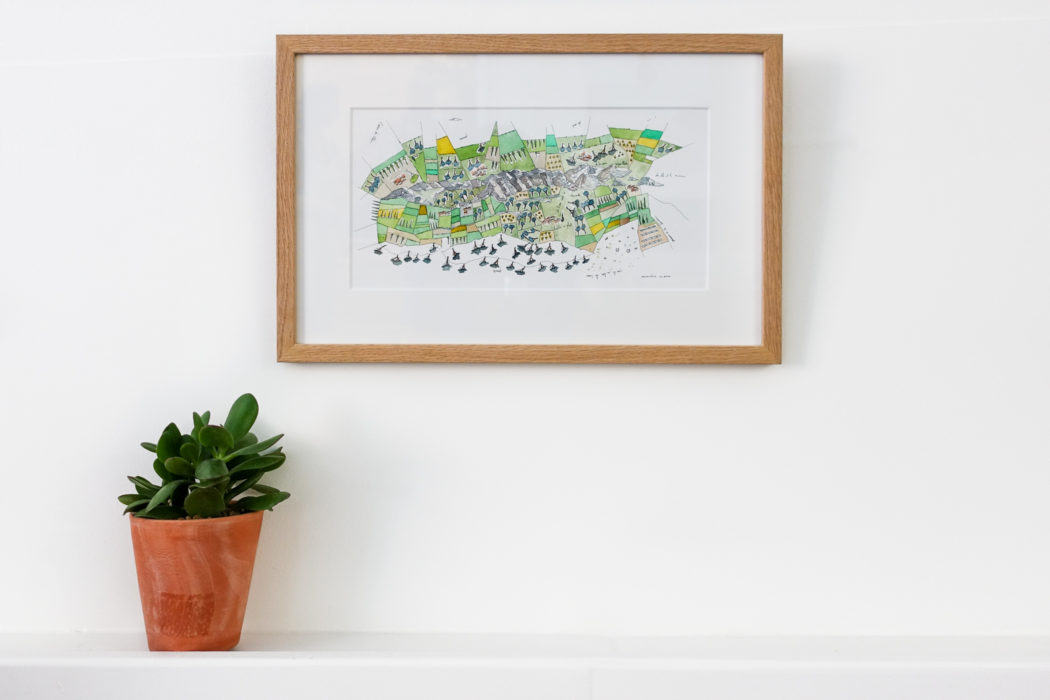 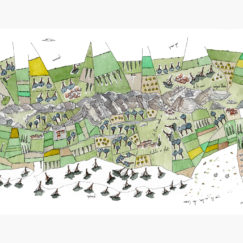 Under the charm of "Alpilles 2" and its luminous mosaic! 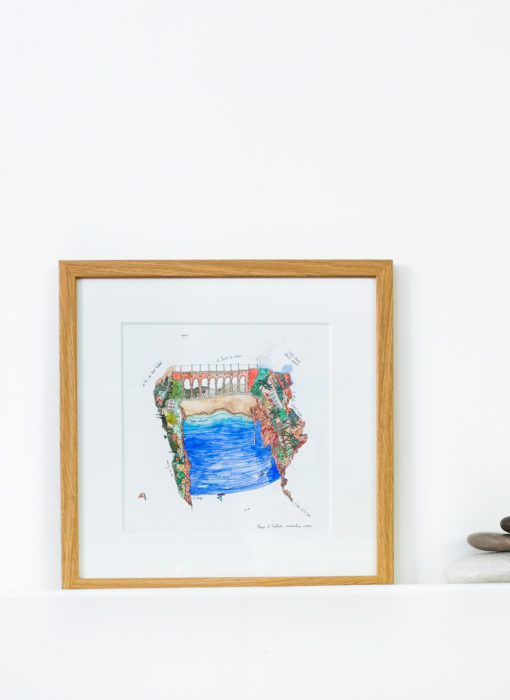 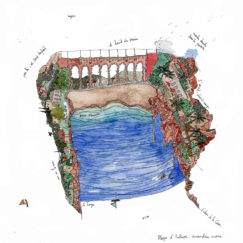 "Beach of Anthéor", a small part of Esterel, the cove of Anthéor... 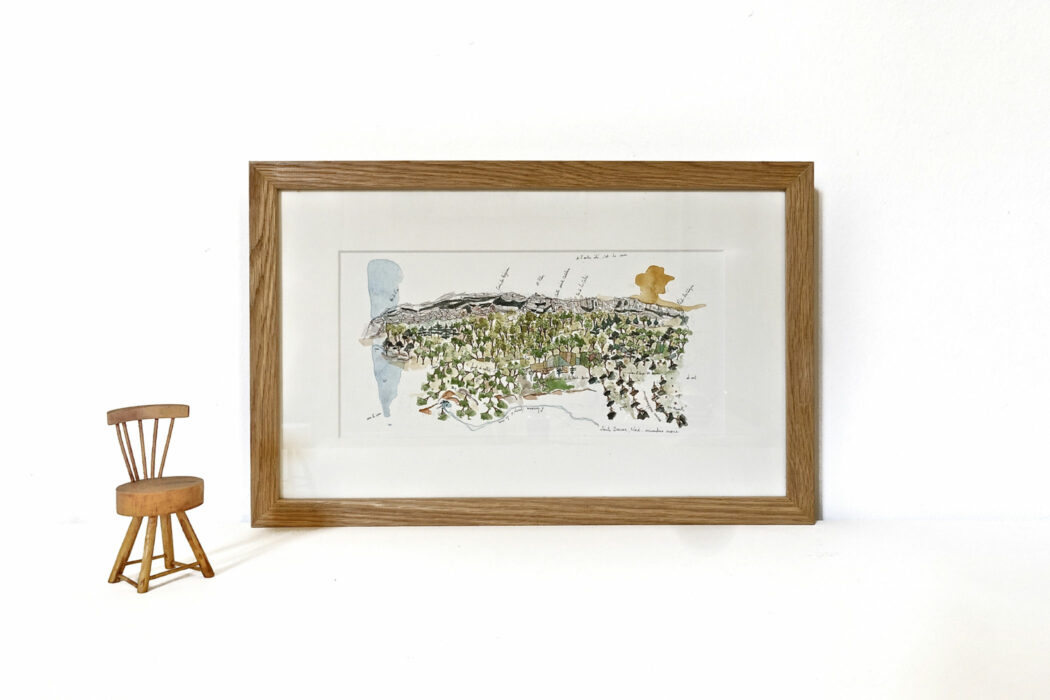 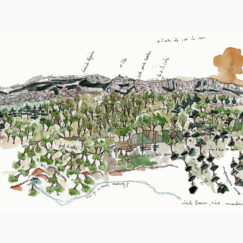 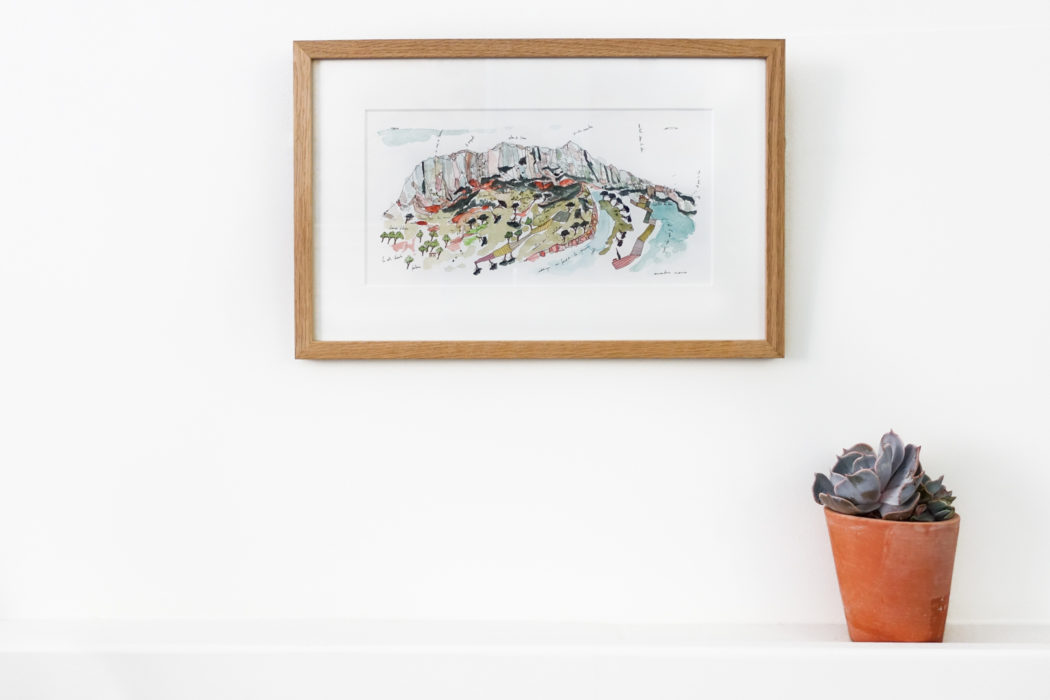 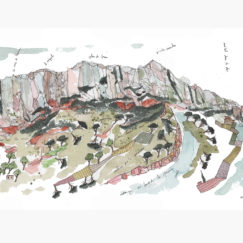 Mistral in the back

"Mistral in the back", a drawing of the mythical Sainte Victoire mountain, so dear to Paul Cézanne. 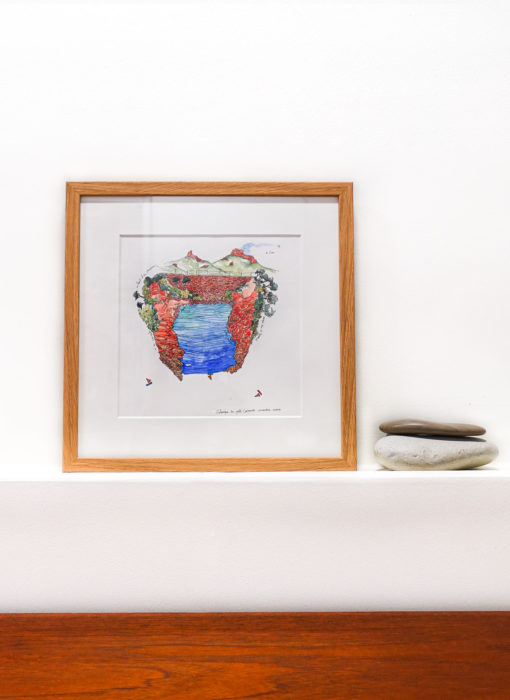 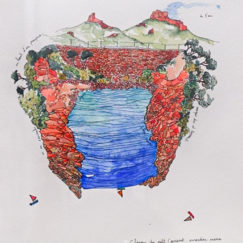 Amandine Maria
320.00€
Ajouter à la liste d’envies
+
Quick View
See all works Works on paper
See all the artist's works
Pop Art and Street Art
See the artworks
Painting
See the artworks
Photography
See the artworks
Art objects
See the artworks
This site uses cookies to ensure its proper functioning and cannot be disabled from our systems. We only use them for the use of our services. Your data is not used for advertising purposes. If these cookies are blocked, some parts of the site may not function properly.
Accept allReject all PersonalizeFind out more
Cookies